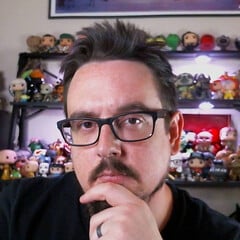 Michael Dunnam is a 3D Environment Artist by day, ZBrush Brush Deathdealer by night. Michael has been a part of the industry for 15 years and using ZBrush for most of it. Having worked in gaming, simulation, VR, AR, and film, Michael has a broad understanding of many different aspects of the 3D industry.